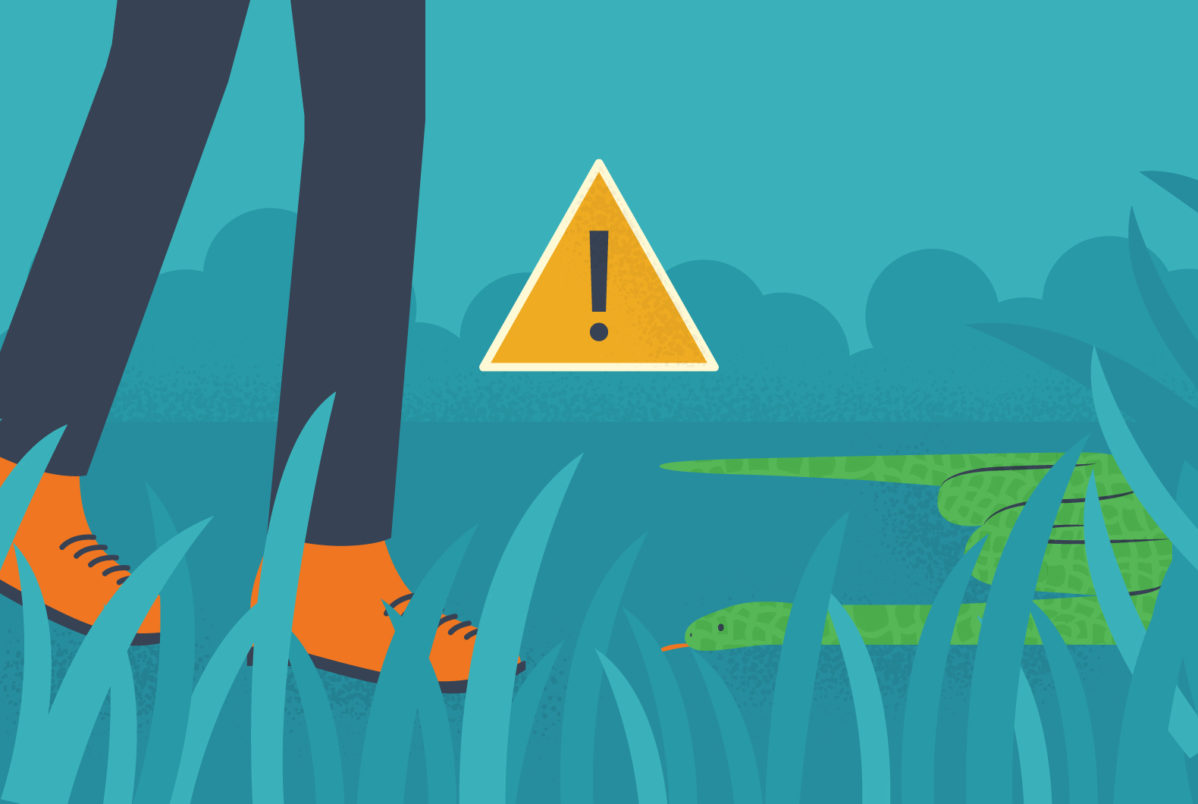 If you’re looking for the best snake chaps on the market, we’ve got you covered. As experienced trekkers, we’ve taken an in-depth look at every product out there and have narrowed our list down to those that will offer high-quality materials and are, most importantly, snakebite-proof chaps that will do the business when out in snake territory.

As part of our process, we not only consider our own essential checklist and personal experiences while out in the trail, but we also consult the best snake chaps reviews out there. We consider what experts in the field say and invest in trawling through verified purchases to ensure we find out whether the products stand the test of time. Of course, your chances of being bitten by a venomous snake as a general statistic are relatively low. That’s the case in North America, at least: just one in 37,000+ people are bitten per year. However, as an outdoor lover, you put yourself in a more vulnerable position. Snake proof chaps are designed to prevent a bite from penetrating.

Although snakes will never choose to attack a human, they will defend themselves if they feel that they’re being threatened. That’s why investing in a good pair of snake chaps will give you the peace of mind you need.

The best snake chaps cover the areas which are most vulnerable to being bitten; the ankles and lower leg. Snakes prefer to hide under logs and rocks, which results in many people accidentally standing on or near them.

​When you’re looking for snake chaps for sale, you want to ensure that they’re going to fulfil their main purpose: protecting the user from a snakebite. After all, a single bite from a venomous snake without snake protection can ultimately lead to temporary paralysis or worse. At best, you’ll be looking at costly medical bills.

Between the snake chaps reviews above, there are some differences we should look at.

Both the TurtleSkin SnakeArmor snake-proof chaps are of excellent quality and have a 100% snake bite protection guarantee. The material the TurtleSkin uses has been tested on live rattlesnakes, which you can view in the video below.

The difference between the two TurtleSkin snake chaps is the length of protection. Obviously, the more protection you have, the better. However, snakes generally strike low, around the ankle and lower leg. This usually happens because people accidentally stand near or on them, due to the fact they hide near logs and rocks.

TurtleSkin is known to be just about the best kind of protective snake clothing on the market. ​Another well-known brand, however, is Crackshot which has their ‘snake chapz’.

Similar to the partial protection TurtleSkin chaps, these have a double layer of protection below the knee, which is the most vulnerable area. Above the knee, you have single layer protection, which is generally understood to be not as effective. This can still help to prevent penetration in some instances. ​

The snake bite proof chaps from Rattler prove to be a popular choice, largely due to the price range. They are cheaper than others on the market. Fortunately, you don’t pay the price with lack of effectiveness.

So why are they cheaper? To put it simply, they’re known to be less comfortable. ​Notably, in warmer weather, they will be less breathable and are heavier. For people who don’t need them every other day of their lives, this is ideal because of the price.

If you’re constantly in snake territory, then it is well worth forking out the extra money for super high quality and comfort. Generally, the higher price range chaps will last longer than low-end snake chaps. ​

In addition to investing in a decent pair of chaps, there’s more you can do to ensure your safety: