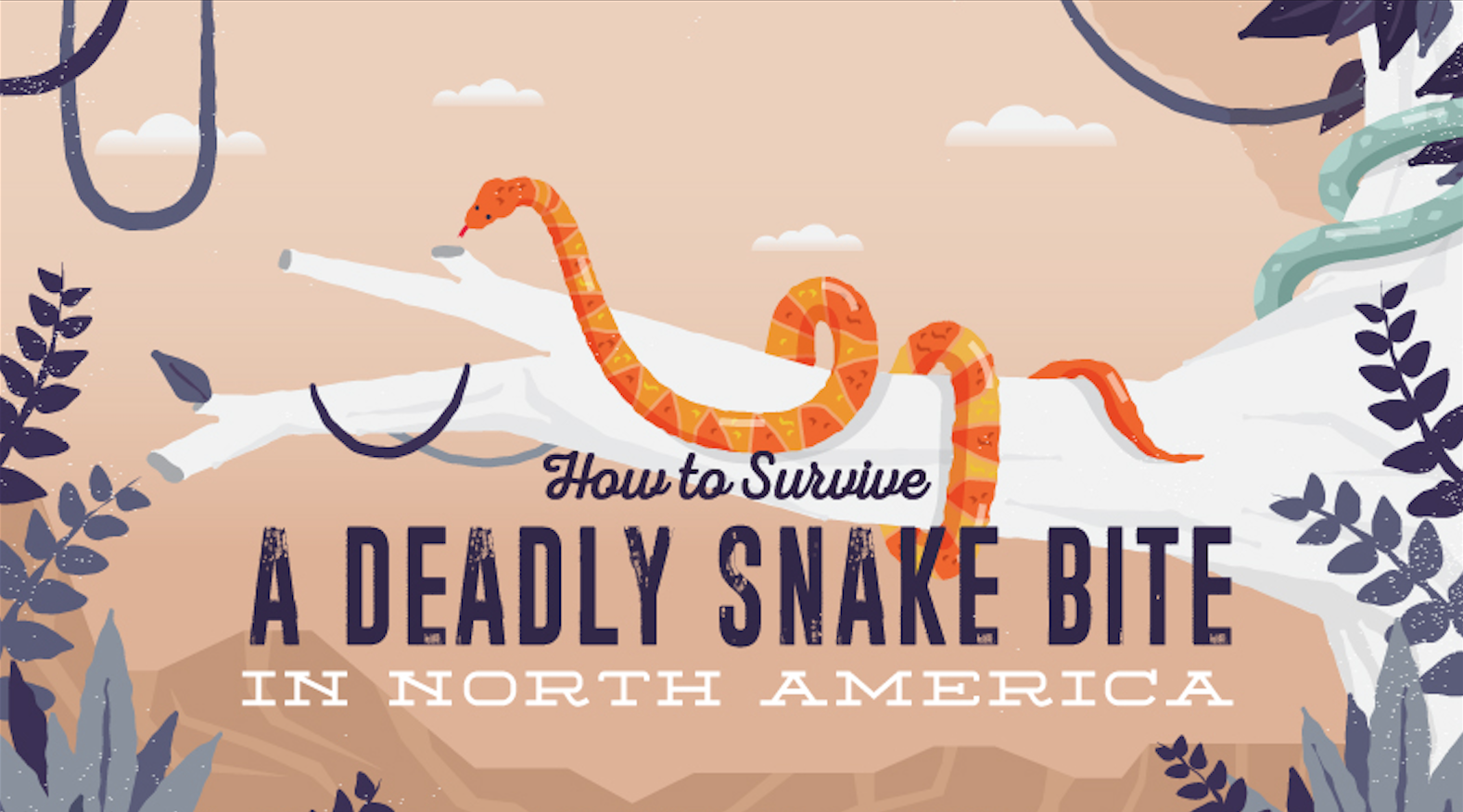 In North America each year, there are around 8000 reported venomous snake bites, however only 1-5 people die from this on average.

The mere sight of a snake, whether venomous or not, usually sends shivers down your spine. Justifiably, too. New research suggests that humans evolved to have a fear of snakes, for obvious survival reasons. In fact, babies have been seen to be predisposed to quickly learning that snakes can pose a threat.

Fortunately, modern antivenin treatment and awareness means that there aren’t more people killed by venomous snakes. That said, it’s important to be able to not only recognize them, but also be aware of their behaviour and habitat.

With the cost of  medical treatment and possible temporary paralysis on the cards, it is far better to prevent a snake bite occurring, than have to deal with being bitten.

That’s why we’ve created this infographic, on how to identify the four species of venomous snake and briefly, what to do if you encounter one. After the infographic, we’ll take a closer look at the snakes, their characteristics and where you’re likely to find them.

The coral snake is the brightest of the four venomous snakes in the USA and can be identified easily by the following rhyme: ‘red and black, friend of Jack; red and yellow, kill a fellow’.

The reason for this rhyme is that some snakes attempt to mimic the bands of the coral snake, however only the coral snake has red and yellow bands touching, as in the picture above.

Typically, the coral snake will be found in the southern costal plain, from North Carolina to Louisiana. They are most often found throughout Florida.

Often thought of as a ‘shy snake’, it will demonstrate reclusive behaviour and only attack if provoked or hunting for food. You’ll normally find it under leaves and bushed, in forested areas.

The most recognizable feature of the rattlesnake is its rattle, which you will usually hear before you see. Don’t be misled though, as baby rattlesnakes often don’t have this developed yet, but can be just as deadly.

Rattlesnakes have a thick, heavy body and diamond-shaped head.

Found in different kinds of habitats, you’ll usually see them in forests, bush, grasslands and the desert. Like most snakes, they prefer to stay under cover, hiding behind rocks and logs.

The eastern diamondback rattlesnake will be found in North Carolina, Florida, Mississippi and Louisiana. However, you can find other species of this snake in California, Arkansas, Mexico and Minnesota.

The cottonmouth can be one of the hardest to identify because older adults tend to have very little distinctive markings on their body. That said, the cottonmouth snake (or water moccasin) has a bulky head which is generally much wider than its neck.

The body is dark, with light shading between the crossbands. Most noticeable on younger cottonmouth, their crossbands are at their widest on the top of their body. Many non-venomous ‘look-alike’ snakes will not be like this.

The cottonmouth is North America’s only venomous semi-aquatic snake, meaning you’ll find it mostly by swamps, lakes and rivers. Again, like most snakes, they’ll typically hide under rocks and logs, away from any potential danger.

The cottonmouth is mostly located on the southeastern parts of North America, southern Virginia, Florida and southern Texas.

This snake is probably the most commonly misidentified venomous snake in North America because of similarities between other snakes. The copperhead rarely grows past 1m in length, has a bulky body and are chestnut/copper coloured.

The copperhead’s chestnut bands are shaped like an hour glass, being narrow on the top and wider at the sides. This is the opposite to the cottonmouth. Also look out for its downwards facing snout, which is another key identifier.

Being nocturnal, you’ll usually find this one out at night, unless the nights are colder, in which case it can be found during the day. As with most snakes, they’ll retreat from danger. However, the copperhead is known to freeze which can make it very hard for people to spot them on the ground.

Although you’re unlikely to see a copperhead, it’s range is very large, from southern New England, to West Texas and northern Mexico. They’re normally spotted in forested areas, however adapt easily to new environments. This means that they can also be found in suburban areas. 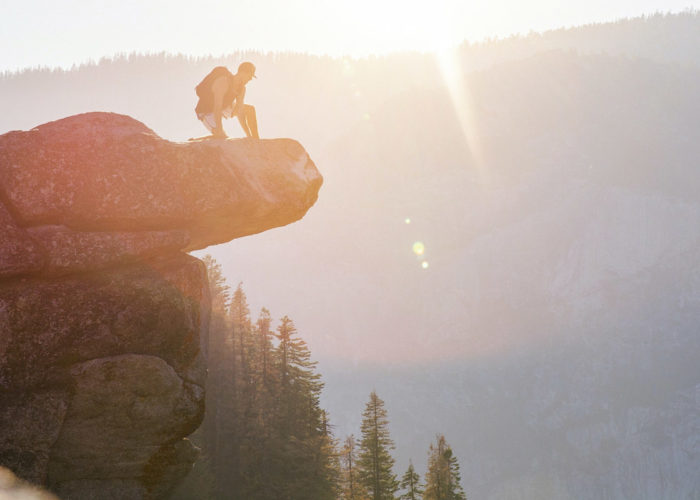 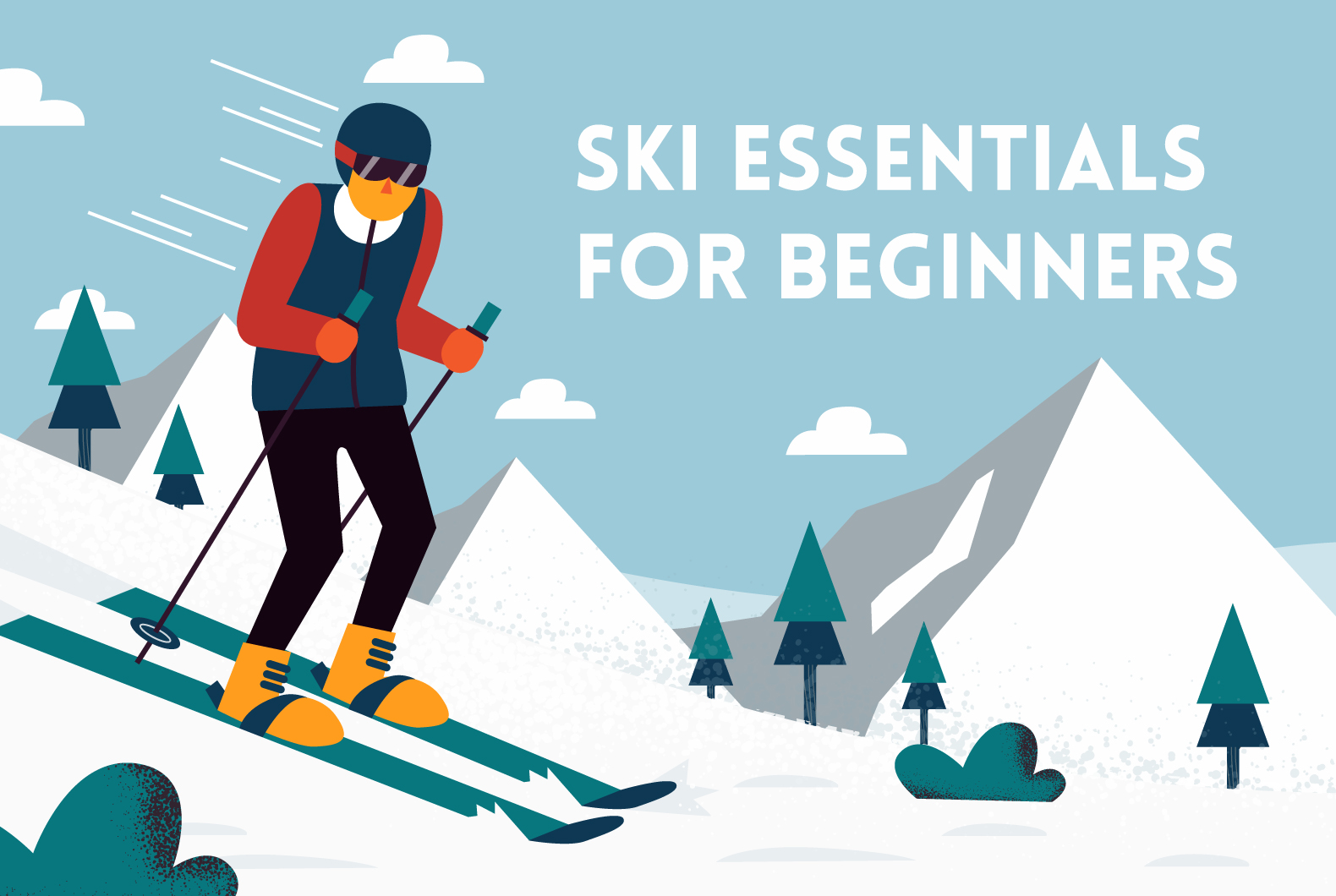 The Beginner’s Guide To Camping