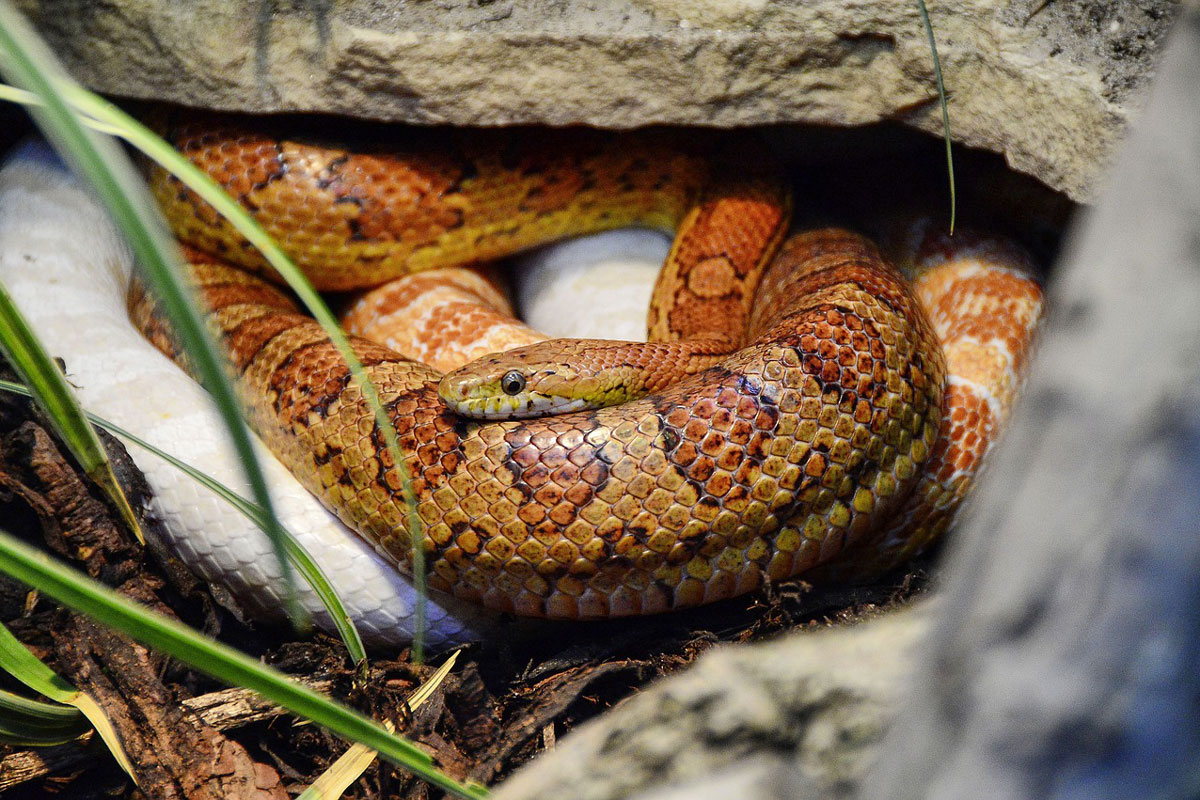 How to Use Snake Tongs Safely

Whether you’ve got a pet snake or a pesky one in your backyard, learning how to use snake tongs is a useful skill to have. When we say safely, we’re not just meaning keeping you safe. Snakes are delicate creatures and if you handle them too roughly, you’re at risk of damaging their spine.

Remember, a snake in pain is a more dangerous snake.

Side note: if it is for removal purposes, it’s important to remember that you don’t need to deal with it yourself. There are many professional removal services to choose from with people who really know what they’re doing, especially when it comes to venomous snakes.

Before you even consider trying to remove the snake, your first move should be to identify which species it is. Unless you’re experienced, handling venomous snakes isn’t recommended.

There are four main species of venomous snake in North America: the coral snake, rattlesnake, cottonmouth, and the copperhead. Each of these has its own identifiable characteristics, coloring, and markings.

If you don’t think you’d be able to identify one, it’s worth learning how to do so. Remember, it could potentially be the difference between life or death. That said, very few venomous snake bites result in death in the US, but it’ll cause some nasty side effects, ranging from nausea to even possibly temporary paralysis.

As a rule of thumb, if it’s venomous, simply leave it alone. If it really is best that it is removed and relocated, call the professionals.

Count reading this article as your first bit of preparation for handling the snake. It is important to have a plan of action. If things go wrong when you’re handling it, you’ll have very little time to think on your feet and panic is what you want to avoid the most.

Here are other key considerations:

A Hook and Tong Combo

Sounds a bit like a boxing technique, doesn’t it? Unlike in boxing, the key to dealing with snakes is not aggression. The more you agitate a snake, the more dangerous it will become.

One of the best ways to use snake tongs is alongside a snake hook. The longer the tong and hook, the less control you’ll have over it but you’ll be further away from striking distance. Shorter and you’ll be up close and personal, probably too close for comfort.

We’d recommend opting for something in between, around 40 inches for both the snake tong and hook. That way, you’ll still have enough control over it while remaining at a safe distance from the snake. Long tongs are useful if the snake is under a bush or building.

You should choose a tong with a wide jaw grip because it puts less pressure on the snake and will cause it the least amount of pain. Remember what we said about a snake in pain being more deadly?

Always try to grip the snake with the least amount of pressure possible. In doing so, you’re reducing the risk of injury to the snake and also the risk of it striking you. You’ll notice that the more pressure you put on it, the more it will begin to wriggle and try to get away.

Take control of the snake by using the tongs to grab it just behind its head. Next, use your hook on the lower half of the snake’s body to support it. Don’t panic if you don’t manage to grab it in the right place. Snakes are fast and can do a good job of wriggling out of a situation.

Even if you accidentally grab it near the tail with the tongs, you can use the hook to control its head while you adjust the position of the tongs. Once you’re sure that you have control of its head with the tongs, then you can lift it into your bucket and put the lid on.