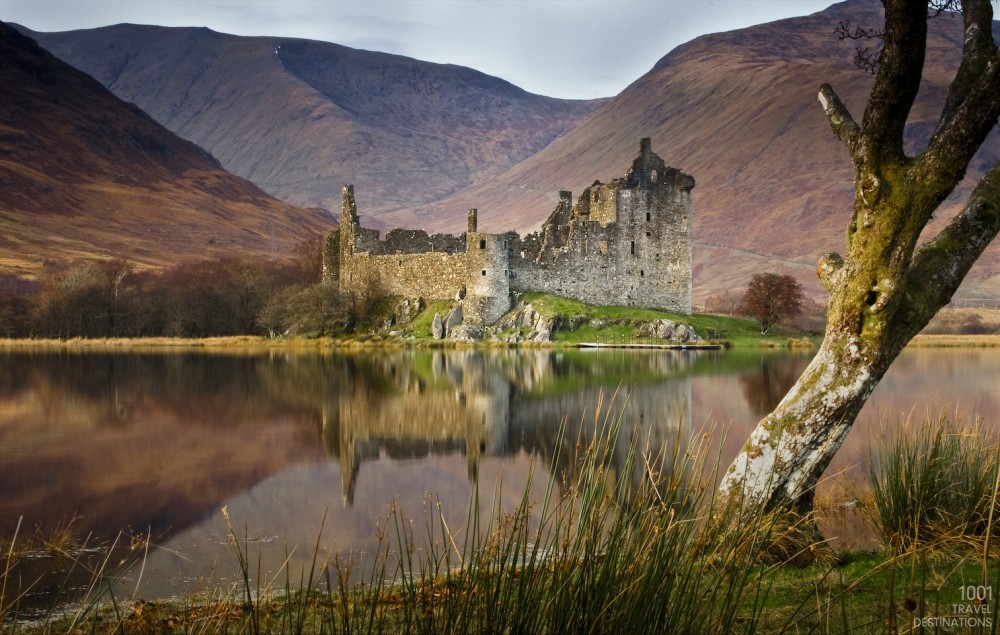 Whisky, kilts and good food are often among the reasons Scottish culture is celebrated and we have to agree. Scotland is a wonderful country full of fascinating culture and we’ve compiled a list of eight more reasons you should visit Scotland.

1. There are castles. Everywhere.

Seriously, there are castles in all sorts of locations and they’re full of history and culture. There are over 3000 castles in Scotland and one of the most famous ones is Edinburgh Castle. The castle sits on a 70 million year old volcanic rock and, believe it or not, it is located right in the centre of town.

2. The sunsets are incredible. If you ever speak to a Scottish person, the first conversation topic will usually be about the rain. BUT, when the rain clears and when the sun starts to go down, the beautiful landscapes offer some of the most dynamic sunset photographs in the world. Scotland also offers incredible sunrises too, so get yourself up a hill nice and early.

3. World class sculptures… Next to the motorway.

Two huge steel structures, named the Kelpies, stand 30 metres tall and weigh over 300 tonnes each. The Keplies were designed by Andy Scott, in order to demonstrate Scotland’s horse proud heritage. Located just off the motorway, by Falkirk, it offers a stunning view for commuters and passers by.

The highland cow is famous for its long shaggy hair, which helps to protect them from the harsh climate and cold weather. The cattle is a Scottish breed of cow, which has adapted to a colder climate. As well as the highland cow, Scotland also boasts a diverse range of species, such as deer, golden eagles and the Scottish wildcat.

5. This is the centre of town.

Believe it or not, this amazing street is in the heart of the capital city, Edinburgh. The Royal Mile runs down from the volcanic rock which is home to the iconic Edinburgh Castle. Royal Mile’s busiest time of year is in August when it gains the attention of the world for its famous Fringe festival.

The Forth Rail Bridge, opened for use in 1890, bridges the gap between North and South Queensferry. The bridge is considered an iconic structure and feature of Scotland and has been marked as a World Heritage Site. In 2002, a 10 year restoration project began and 4.5 million working hours were spent on repairing the bridge.

Scotland is the most mountainous country in the United Kingdom. We’ve already seen how beautiful the town centres can be but move further north to the Highlands and you’ll find some of the most breathtaking mountain ranges in the world.

Adventure of the mainland to find idillic islands with stunning landscapes. This is the Isle of Skye off the west coast of Scotland, renowned for beauty and wildlife.

Previous Post5 Best Places in the World to Take a PlungeNext PostIt’s Like Tinder… But for Drones?!
0Shares
castlesscotlandtourism